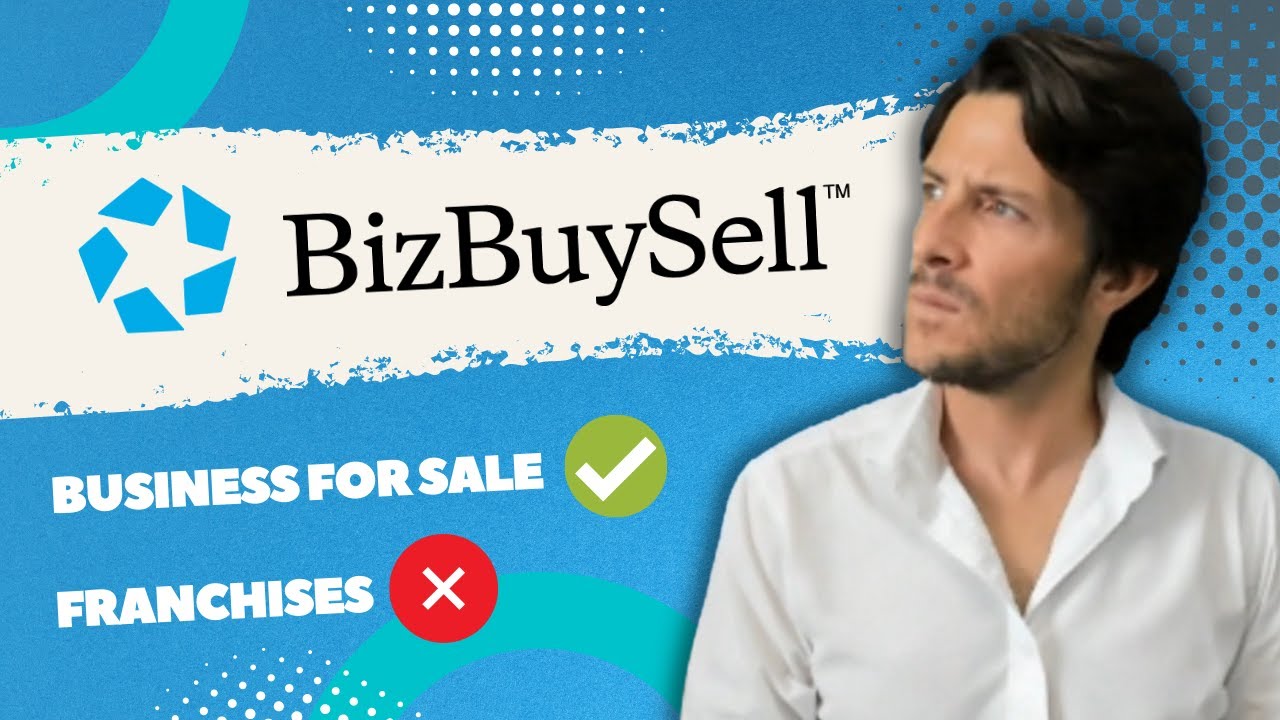 There are a lot of business-for-sale websites out there, but BizBuySell is definitely one of the most popular.

The site has been around for over 20 years and boasts a database of more than 50,000 businesses for sale. But BizBuySell is not so good when it comes to franchises.

In this video, we’ll explain why BizBuySell is great for buying established businesses but terrible for finding franchise opportunities.

One of the main reasons BizBuySell is not a good resource for franchises is that they don’t have a dedicated section for them.

Franchises are lumped in with all the other businesses for sale, which makes it difficult to find what you’re looking for. And even when you do find a franchise listed on BizBuySell, there’s no way to filter by location, so you could be looking at businesses thousands of miles away from you.

Tired of your job? Thinking of starting or buying a business?

Take our Biz Quiz to filter through over 10,000 business opportunities today!
https://www.vettedbiz.com/quiz-test/

Want to have a franchise specialist support you day-to-day in you franchise search/ analysis? Click here for more information:
https://www.vettedbiz.com/franchise-search/

Bizbuysell.com is a top site for businesses for sale and they do have a decent selection of franchise resales. But in our opinion, it’s an awful source of information for franchise opportunities in the United States.

The Pros and Cons of BizBuySell
Now let’s start with the positive. BizBuySell has been the dominant force in the business for sale marketplace in the United States for 20-plus years. There are newcomers like Flippa selling websites, apps. But no one has the web traffic and the number of opportunities as bizbuysell.com.

They’re mostly focused on selling existing businesses and franchise resales. And comprise a very small percentage of the businesses for sale on their website. They’re part of CoStar, which is a publicly-traded company based in my home city of Washington, D.C. And BizBuySell is part of the marketplace division that includes BizQuest, FindaFranchise, apartments.com, LoopNet, as well as Lands of America.

Focusing a bit where we are right now in Miami, Florida. BizBuySell has over 1,500 businesses for sale in the state of Florida listed on their website. And there’s about 5,000 franchise resales across the whole United States on BizBuySell.

Right now, we’re gonna go through a few of those franchise resales. And keep in mind, this ranges anywhere from a $60 million group of franchise businesses all the way down to a few thousand dollars.

What you need to know about BizBuySell
One of the big issues I’ve been having with BizBuySell, it’s hard to navigate the site. It’s tough to figure out and sort…There’s no feature where you can sort by franchises like some other franchise resell sites have like franchiseflippers.com where you can actually sort brand by brand.

And then looking at four franchises for sale that are accessible for non-millionaires, you have a 7-Eleven for sale at $441,000 that has cash flow of over $200k. So not a bad multiple. And the owner is making themselves $175,000 from this business. If you were to open up a 7-Eleven, it would basically be around $400,000 depending on the location. So this could be a good way to fast-track finding the site, build out, and the time to break even by just buying an existing 7-Eleven franchise.

What to Consider When Buying a Franchise
They also have a smoothie franchise for sale on the website, but they don’t disclose the name. It’s for sale for about $300,000 and has cash flow of $120k. So again, the multiple is pretty reasonable, especially if it’s operated mostly by the owner.

So under $200,000, you know, there’s a bubble tea franchise in Texas, $170,000. It’s for sale in Texas, but there’s no financials. So it’s probably not making much money. And then you do have a donut franchise for sale at $75,000 that does $168,000 in sales but only $10k of cash flow. So if you’re gonna buy that business for $75k, you could be inheriting a big issue. And become a slave of the business where there’s not even enough margin to really live off the business unless you have a massive turnaround.